Time to sell up and move to Bali?

While we keep a keen eye on local property prices, mapping our performance against prices world-wide provides insight into trends and opportunities.  For example, perhaps it really is time to sell in Melbourne and buy in Bali : – ).

Recently, a series of reports shone a light on the very topical subject of housing affordability and city by city livability.

Looking at the first hot button of affordability, international housing affordability think tank, Demographia, recently released its 13th survey on house prices around the world, analysing prices from the third quarter of 2016.

Bali (which we know is very well priced) was unfortunately left off the list as the study was limited to the United States, United Kingdom, New Zealand, Australia, Canada, China (Hong Kong), Ireland, Japan, and Singapore.

The following graph from Demographia tracks the change in affordability rates across Australia.  Note though, it is still a comparison of median prices to ‘middle’ income and does not take into account the change in interest rates over time. 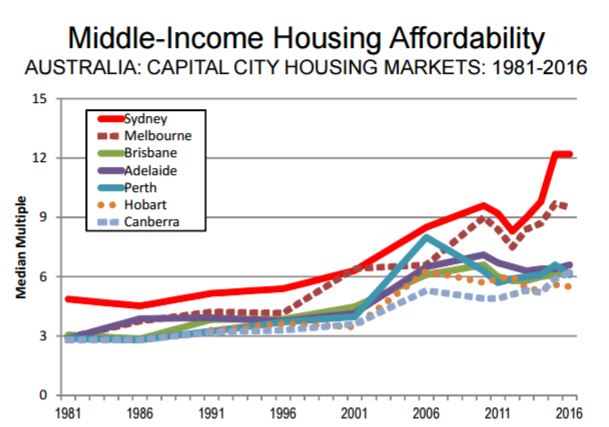 While it makes for great headlines, the Demographia report assumes everyone is buying at the median, which followers of Crave know is not a reflection of market reality.

In another attempt to compare and contrast the global housing market, Knight Frank released their ‘what will $1M get you report’.  This revealed Sydney as the seventh most expensive place to purchase a property, with $1,000,000 buying around 41.2 square metres.  The ‘most expensive’ city according to Knight Frank is Monaco, where $1,000,000 will buy you a tiny 15 square metres.  The graph below shows the other top 10 contenders. 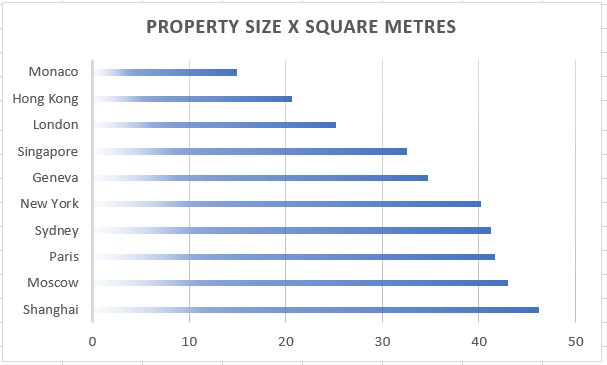 The cost to move to a new city is another trend line to monitor.  Online moving platform Movinga has conducted research into the costs associated with relocating to some of the world’s most in demand cities.

The research across 75 cities in 51 countries found that Luanda in mineral-rich Angola has the highest first month’s basic costs, ahead of New York and San Francisco. Tunis in Tunisia has the lowest.

In most surveys, Hong Kong, New York, Singapore and London usually battle it out for the title of most expensive city to live in.  However, the Movinga research adds in the cost of the move itself and ranks each city by the total costs for the first month.

The calculation includes the average rent for a 35 square metre apartment close to each city centre, a mobile phone, food and drink and public transport.  Sydney ranks seventh with a first month living cost of $2,876 ($US2163.43). Sydney also ranks 61st for average relocation costs.  See the table below for the top 10 most expensive (in US dollars), according to the Movinga research. 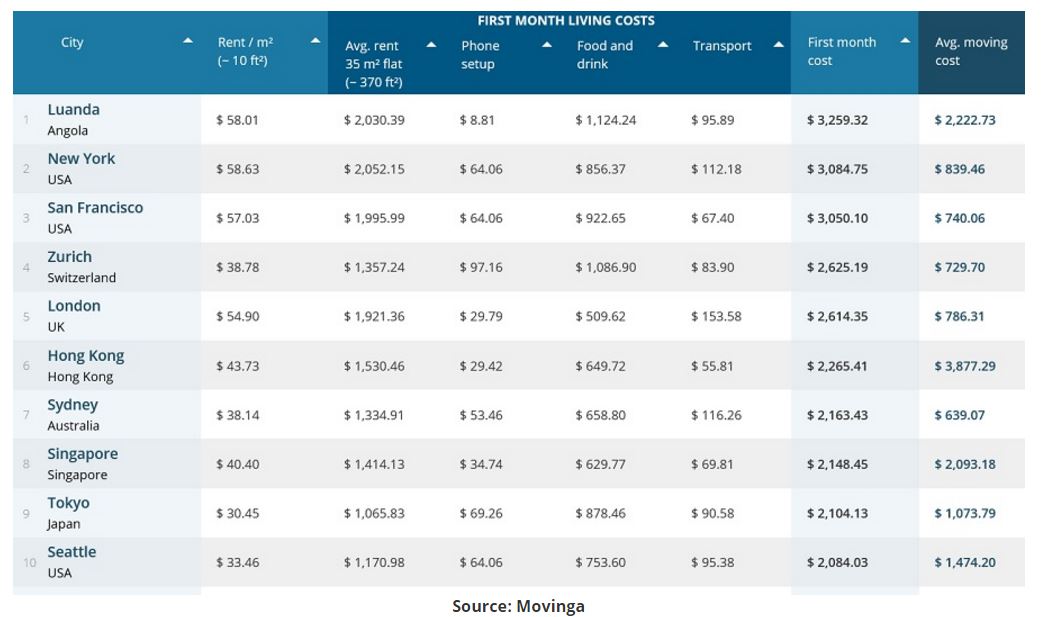 Our final review of world-wide trends incorporates the work of Travel Agency, The Crazy Tourist.  The agency used statistical data from Numbeo – a site that monitors world living trends – to create the following infographic of the 20 most expensive cities to live in.  Sydney is still up there, but floating down to the tenth most expensive cities. 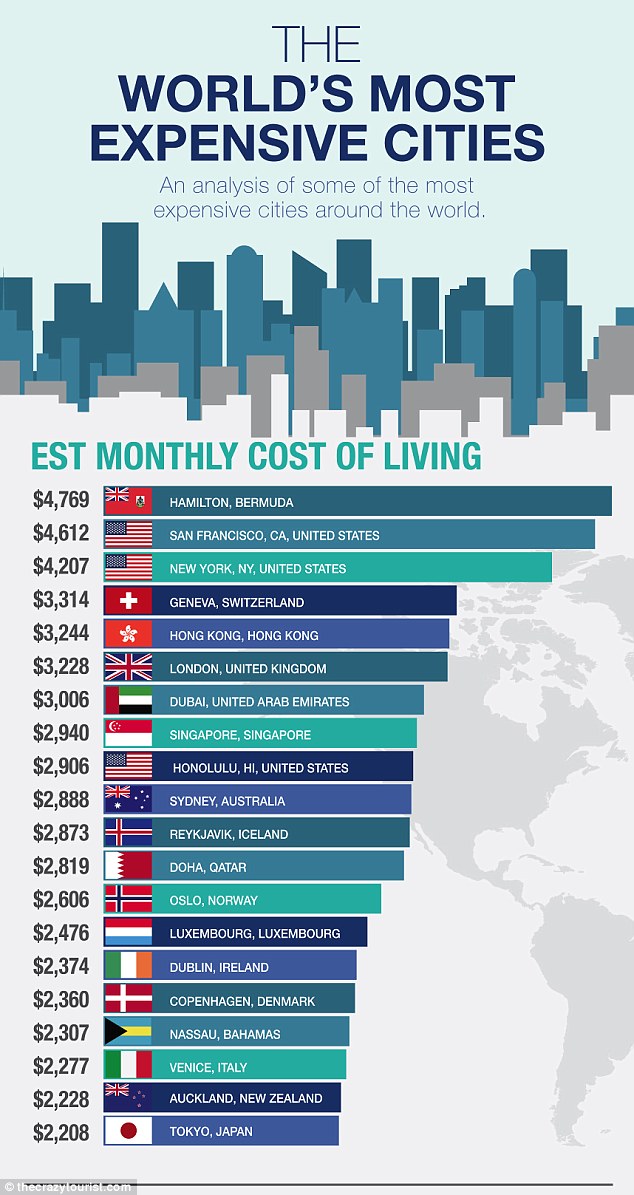 If you have made it all the way to the bottom of this blog, you may like to make your own enquiries about Bali as an option for your next purchase.  While not covered on the global reports outlined above, the cost to purchase a four bedroom luxury villa with 7 bedrooms, 7 bathrooms and 8 car spaces is $3,100,000 in Indonesian Rupiah = $302 Australian dollars.  A shame I am not a fan of extremely hot weather : – ).  But don’t let me stop you from thinking about this option.  More and more Australians are moving to live in places like Bali.  Let the eternal summer holiday begin . . .