Well no one could say 2018 was a boring year in property land.  We saw confirmation the general market peaked in July 2017, but while some suburbs felt the downward price pressure, others rallied.  So what will 2019 bring?

When discussing property sales and values, it’s important to remember that general market reporting is just that – general.  In Australia we have more than 10,000 ‘reportable’ suburbs and each suburb can comprise multiple markets (for example, units v houses v good streets + bad streets).

Also, sales history is not a leading indicator of what will happen next, so there’s no point looking at sales prices on a downward trend and expect this will continue.  Every area will hit a sales price floor, and prices will start to rise.

Consequently, we need to utilise a range of predictive indicators – such as days on market, changes to vendor discounting, stock on market and numerous other data sets to formulate our expectations of future price changes.

Property is a hot button so there’s no shortage of ‘experts’ providing an opinion on what will happen in the market.  However, Australia’s most consistent and reputable forecaster is Louis Christopher from SQM Research.  Outlined below is Louis’ 2019 property market forecast.

SQM’s base case forecast is for dwelling prices to fall between -6% to -3%, which is a continuation of the current falls of 4.5% over the past 12 months.

Sydney and Melbourne will drive the falls. Other cities will record mixed results with Hobart expected to have a third year of strong price rises of 5% to 9%.

The base case forecasts assume no changes in interest rates, a Labor win at the next Federal Election with negative gearing repeal and CGT changes coming into effect 1 July 2020.

If SQM Research is correct on the Sydney and Melbourne forecasts, it will mean by the end of 2019, the peak to trough declines will be at least in the order of 12% to 17% for these two cities.

SQM Research believes that, presuming the RBA does not intervene in the market, 2020 could also record price declines due in part to the repeal of negative gearing which is a firmly stated Labor party objective. As such there is a risk that the total peak to trough declines could be in the order of 20% to 30% for our two largest capital cities.

The range is dependent on: 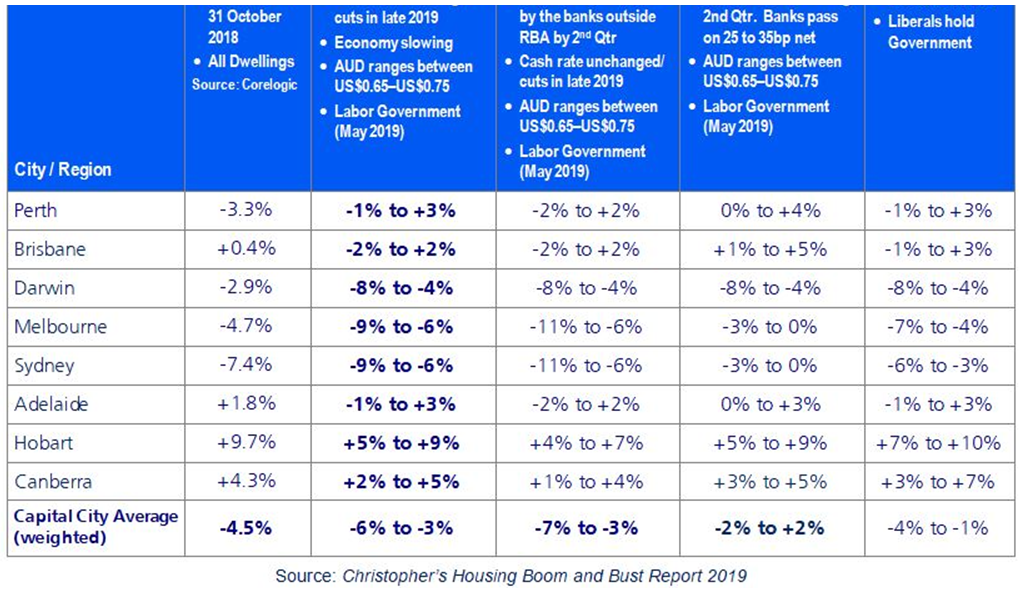 Louis Christopher, Managing Director of SQM Research said, “If the RBA does not respond and/or the banks lift interest rates again in 2019, it is possible the peak to trough falls in Sydney and Melbourne could be even more than this negative range. But we do take the view that the downturn in Sydney and Melbourne will be a significant negative for the overall economy, and so the central bank will eventually respond at some point and cut interest rates.”

“The looming changes of negative gearing and capital gains tax are increasingly weighing on investor sentiment. Quite frankly implementing these changes during a housing downtown is very risky and may trip the economy into a recession,” said Christopher.

Elsewhere, SQM Research expects Hobart to be the best performing city for 2019 in what will be the 3rd year in a row of robust price and rental gains.

In addition, SQM Research anticipates a recovery in the Brisbane and Perth rental markets in 2019 with Canberra to also record solid rental increases. However Darwin will continue to record steep declines in both rents and prices as the local Northern Territory economy enters recession.

Christopher’s Housing Boom and Bust Report this year also has a full breakdown of every postcode in the country covering current market statistics and its postcode investor ratings. The full report can be found on www.sqmresearch.com.au  for $59.95. 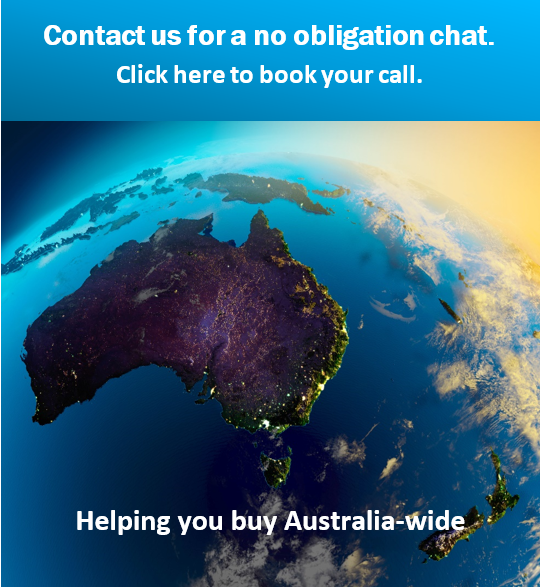